On December 3rd, it was confirmed that Lee Kyu Hyun and Jung Ryeo Won are confirmed to be the main leads of the upcoming drama “Let’s Start The Defense.”

“Let’s Start The Defense” will revolve around two public defenders who will be involved in the serial murder of a wealthy person. The drama will be directed by Kang Min Gu (“Itaewon Class”) and written by Kim Dan, a rookie writer who won the Excellence Award at the Korea Story Contest. The production company that will be involved in the drama will be Arc Media (“The King’s Affection”).

Lee Kyu Hyung will play the role of Jwa Shi Baek. He shows no mercy to the strong but is kind-hearted to the weak. When graduating from law school, he has the option to be a judge, a prosecutor, or a lawyer at any top three firms. He rejected all of those and decided to be a public defender instead. He is very private and no one from his co-workers knows his personal life.

Jung Ryeo Won will play the role of No Chak Hee. She was one of the top lawyers with the highest winning rate but got demoted to be a public defender. She is always desperate to win a case. A year ago, her license was almost suspended after she got involved in a certain case.

After becoming each others’ enemies before in one case, the two will meet again and will have to share one office.

According to reports,  “Let’s Start The Defense” will begin filming in the first half of 2022. The drama will air in the second half of the year and it is in discussion to be released via OTT platforms. 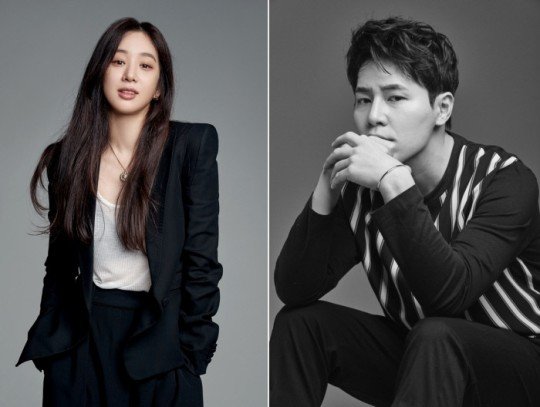 Lee Kyu Hyung last starred in the 2021 drama “Voice 4: Judgment Hour.” He also made a lot of special appearances in this year’s several dramas such as “Racket Boys,” “Hospital Playlist 2,” “The Witch’s Diner,” “Would You Like a Cup of Coffee?,” and “Happiness.”

For 2022, he is confirmed to star in two new dramas such as “Let’s Start The Defense” and Netflix original series
“All of Us Are Dead.”

What are your thoughts on the upcoming drama “Let’s Start The Defense”?