On October 28th it was announced that Park Joo Hyun and Chae Jong Hyeop both confirmed to join the upcoming KBS badminton-themed drama.

The Wednesday-Thursday drama “Going to You at a Speed of 493 km” will narrate the romance between sports-oriented player Park Tae Joon and professional sports player Park Tae Yang. It will showcase a romance that’s like the feathers of a shuttlecock and pierces strongly at a maximum speed of 493 km/h.

Park Joo Hyun will be playing the role of Park Tae Yang. Her life revolves around sports. She was a promising Olympic delegate but suddenly left the world of badminton due to a mysterious incident.

Chae Jong Hyeop will play the role of Park Tae Joon. He’s a badminton player who views the game just as a profession. He’s a person who dreams of a comfortable life after retirement.

The upcoming KBS drama “Going to You at a Speed of 493 km” will be the collaboration work of director Jo Woong and writer Heo Sung Hye (“Tomorrow With You” and “Honest Candidate.”) Other reported cast members of the drama are actors In Gyo Jin and Jo Han Chul. 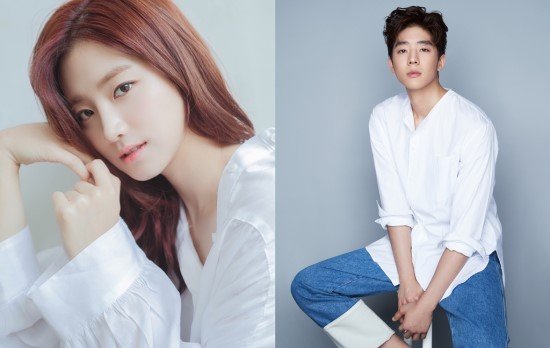 This drama will be Park Joo Hyun’s first drama project for 2022. She last starred in the award-winning drama “Mouse” with Lee Seung Gi and Lee Hee Joon. She was also part of the dramas “Zombie Detective,” “Extracurricular,” and “A Piece of Your Mind.” The rising actress will also take part in the upcoming movies “Seoul Vibe,” “Silence,” and “Drive.”

In 2021, Chae Jong Hyeop became one of the trendy actors of the year. He gained great attention after starring in several dramas such as “Sisyphus: The Myth,” “Nevertheless,” and “The Witch’s Diner.” He also appeared in several variety programs and captured not only the hearts of viewers but also the female fixed members of the shows. “Going to You at a Speed of 493 km” will be his first project for 2022.

What are your thoughts on the upcoming partnership of Park Joo Hyun and Chae Jong Hyeop?